When you book with an account, you will be able to track your payment status, track the confirmation and you can also rate the tour after you finished the tour.
Sign Up
1578

Why Book With Us?

We create personalized itinerary that suit all your needs and preferences.

The charm from the French era still emerges of the capital of Vietnam. City of broad boulevards lined with tamarind trees and numerous lakes, HANOI combines harmoniously the liveliness of the Old Quarter with remarkable colonial architecture. Arriving at Noi Bai airport, meet our tour guide and transfer to your hotel in downtown.

Relax after your journey before head out for wandering around and enjoy the hustle and bustle of the Old quarter Hanoi, explore the winding lanes and stop for coffee at local café or taste some local street food if you wish, stop for a chat; local people are busy but friendly if you take time to connect. Enjoy a performance of traditional Water Puppetry, an art form unique to northern Vietnam.

Continue to Tam Coc and have lunch at a nice restaurant, sample local delicacies.
Then board a small sampan to visit Tam Coc which means literally “Three Caves”. With Halong type views of majestic limestone cliffs and mysterious yet inviting caves, as well as countryside landscape like peaceful streams, rice paddies and green fields. This is really a relaxing experience and sightseeing on sampan boat trip of Tam Coc, a very good opportunities for photo lovers.

After that, your choice for a short biking trip around the countryside of this beautiful area.

Return to Hanoi late afternoon, free at your own leisure.

Morning depart for Halong bay, a 3-hour drive through the Red River Delta to Halong Bay, comfort stop en route for stretching your legs and coffee before arriving to Tuan Chau marina.

We then board on a traditional wooden sailing junk for a cruise through the limestone cliffs and emerald waters of Halong Bay, giving us the chance to take in the stunning scenery of this World Heritage Site, enjoy the beautiful limestone seascape with Fighting cock, Dog Rock and Incense Burner. Halong is an excellent example of a Karst landscape with its 2000 islands created by a complex chain during millions of years of geological movement.

Lunch will be served on board with sumptuous fresh, local seafood.
Afternoon enjoy a swim and kayaking to explore some of the limestone caves in this area. When the sun comes down we drop anchor for the night nearby a remote island.

Early wake up and enjoy sunrise over the bay, view of Bay’s landscape with a cup of tea or coffee. Have breakfast in the fresh air.

Cruising to another part of Halong bay with a close up view of stunning limestone peaks such as Drum cave, Man’s head Islet. Heading to Van Gia fishing village you will have the opportunity to understand more about the fisherman’s daily life. Have lunch on board with a variety of local foods, enjoying the rest of the boat trip before getting back to the dock. Have a short break before transferring back to Hanoi.

Your leisure time in Hanoi in the evening or join our optional night tour in Hanoi.

Morning discover Hanoi charming ancient capital. You will go on to visit Tran Quoc pagoda, Temple of Literature, the first university in Vietnam dating back to the 11th century, and a popular attraction, as is Ho Chi Minh’s Mausoleum, his simple stilt house where he lived and worked, One Pillar pagoda.

Have lunch at restaurant before heading to airport for short flight to Hue.
Driver pick up at Hue airport and transfer to hotel for checking in. Free at your own leisure and overnight in Hue.

Your choice to join a street food tour in Hue for dinner and enjoy the performance of Hue Royal Court Music on Dragon boat on Perfume pagoda.

A day of exploring Hue’s famous royal tombs and garden houses. Beginning on boat cruise down the peaceful Perfume River, taking in the endless surrounding greenery. Hop off at the pier to visit the Thien Mu pagoda, a tranquil pagoda on the banks of the Perfume River and transfer to the tomb of Emperor Khai Dinh. Admire the unusual combination of architecture that blends a traditional Chinese past with a modern Western future. Then, continue to Minh Mang Tomb to explore the opulent and exotic resting place laid out in formal Chinese style.

For lunch, feast on a vegetarian meal prepared by nuns at Dong Thuyen Pagoda, a temple located on the top of a hill with a fantastic view.

Then continue on to Thanh Tien Village, known for its 300-year history of crafting paper flowers. Meet one of the local villagers and learn how to make your own ornate paper flower. Finally, visit one of typical Garden House of the traditional 19th century Hue residence and listen to the stories of the owner’s royal heritage before returning to your hotel to enjoy the rest of your evening.

Morning check out your hotel and transfer Hue to Hoi An (3,5 hours driving). On the way to stop for sightseeing at the high mountain pass of Hai Van, Lang Co beach – the lagoon far below with Da Nang spread out.

In Da Nang, you will have a brief look at the remarkable Hindu statuary in the Cham Museum before leaving for Hoi An. Checking in your hotel and rest.

Hoi An is a former busy trading port between the 16th to 18th centuries. Today Hoi An is well-known for its restored architecture, homemade silk, expert tailors and delicious food. You will take a walking tour around to visit the former merchants’ homes – Hoi An old town, Chua Ong Pagoda, Phuc Kien Assembly Hall, Tan Ky House – a 200 year old ancestral house and stroll across 17th century covered bridge built by Japanese craftsmen and finally the colourful riverside market Hoi An. You also see a numerous art galleries and tailor shops, get some made-to-order clothes if you like.

Dinner suggested for a street food tour in Hoi An to discover the flavours and dishes that make this town and its cuisine so unique. Alongside an expert local guide, your journey introduces you to the stories behind Hoi An’s most iconic dishes at the town’s most famous eateries.

Overnight in Hoi An.

Start the tour today by bike around Hoi An toward Tra Que vegetable village. Riding on bike you can see the tranquil atmosphere of the countryside of Hoi An. Arrive at Tra Que organic herb village, walk through and visit the garden where local farmers work on their farm and use the traditional methods. Next, you will join with local host in their daily gardening activities; you will learn how to prepare and make the land, fertilize green manure before growing vegetables.

Enjoy about 20 minutes to relax by soaking your feet in the medical herbs water – a traditional therapeutic practice. This is one of the ways to refresh yourself after the hard time in garden. Then you can join with the family chef and learn the traditional ways in preparing and cooking local Vietnamese dishes. Have your lunch with the family after class.

14.00 say good bye to the host and ride to Bay Mau water coconut forest in Cam Thanh village. You will get on a basket boat and start sailing into the water coconut forest. Enjoy and learn the skills of the local farmer with basket boat, visit palm forest, listen to stories about the American war in this area, and experience fishing crabs like a local.

Return to Hoi An for leisure time on your own.

Overnight in Hoi An.

Upon arrival in HCMC (or also known as Saigon), your guide will be waiting to transfer to your hotel.
Start your tour of Saigon with a visit to the War Remnants Museum, you will see the story of the city’s darkest and most tragic hours during the Vietnam War.

Next visit to the Reunification Palace, formally known as the century-old Presidential Office, which witnessed the growth of Ho Chi Minh City during peacetime and throughout the Vietnam War until its end in 1975. Continue to the nearby French colonial area, including a stop at the impressive Saigon Notre-Dame Cathedral, discover the magnificent neon-Romanesque architecture as you take in the tranquil atmosphere inside. At the opposite Central Post Office, one of the oldest buildings in Ho Chi Minh City, learn about this significant landmark – the busiest post office in Vietnam.

Then stroll down follow Dong Khoi Street, which figured prominently in Graham Greene’s famous Vietnam novel, The Quiet American, as Rue Catinat. The walk ends at the Saigon Opera House. From a bomb shelter to housing the parliamentary Lower House, the Opera House has had an interesting history.

Start the tour from your hotel in HCMC and go ahead to Vinh Long on Mekong delta. On arrival, set off by motor boat to visit Cai Be floating market – one of the most colorful and typical markets in Mekong region, and watch the locals trading fruit and many other commodities on board their vessels. Visit nearby handicraft villages. Learn the process of making rice cakes, pop rice cakes and pay a visit to coconut candy workshop to enjoy the little brown sweets served with tea.

The rowing boat will take you deeper into the countryside on smaller canals and to enjoy the peaceful time. It is so interesting to see traditional houses made of wood and palm tree leaves and see some activities of the local farmers with an opportunity to make contacts with them and see how they catch fish or pick up fruits by ancestral ways in Mekong Delta..

Enjoy a lunch of fresh river food served in the heart of the garden accompanied by traditional southern Vietnamese folk music, experience the friendliness and hospitality of the host. Afternoon, you can ride a cycle on village paths to see the local farms, houses, real life and the ancestral ways to pick up fruits in Mekong region. Bid the farewell to the host, and drive back to Ho Chi Minh City.

We drive northwest of Ho Chi Minh city to visit Cu Chi tunnels – used to be a Viet Cong base during America war, a network of tunnels which stretched for over 200 km, parts of which was several stories deep, consists of innumerable trap doors, constructed living areas, storage facilities, weapons factories, field hospitals, command center and kitchens.

Watch a short introductory video showing how the tunnels were constructed. Also on displaying are various man-traps and the remains of an American tank as well as numerous bomb craters made by 500 pound bombs dropped by B52 bombers. We then spend the next hour exploring the maze of tunnels to see the first hand how the Vietcong communists were able to survive in this underground network, including weapon and booby trap exhibitions, navigating authentic Viet Cong tunnel, visiting different underground bunkers (kitchens, meeting rooms, ammunition etc.), a firing range and much more. Try the local cassava root that sustained Viet Cong fighters for years.

Enjoy a delicious traditional Vietnamese lunch by the river before departing Cu Chi to return to Ho Chi Minh City.

Free afternoon for your own leisure or go shopping around the central market Ben Thanh.

Be relaxed until our driver comes and pick you up to the airport for your home-bound flight. End of service. 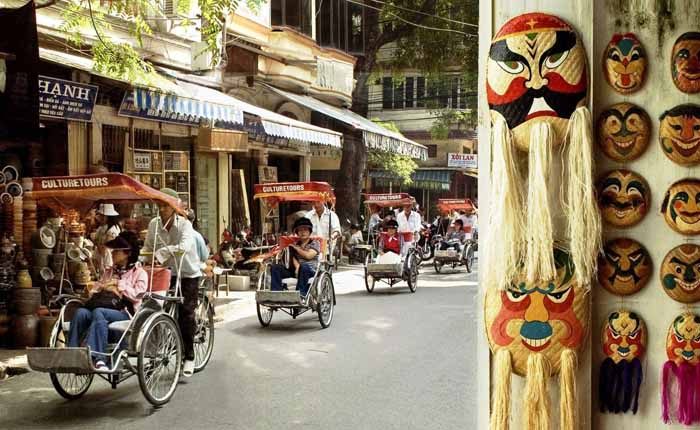 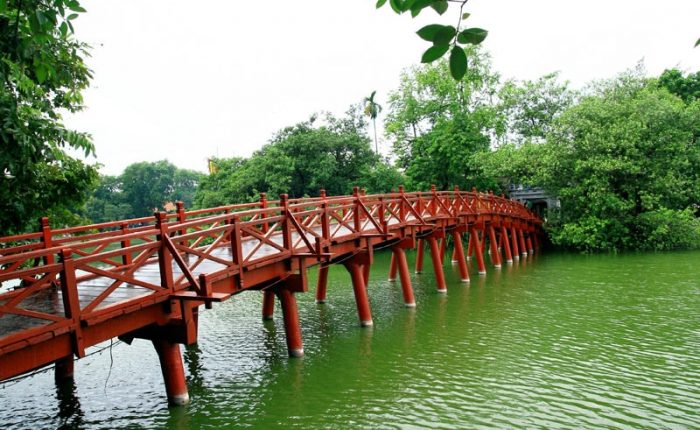 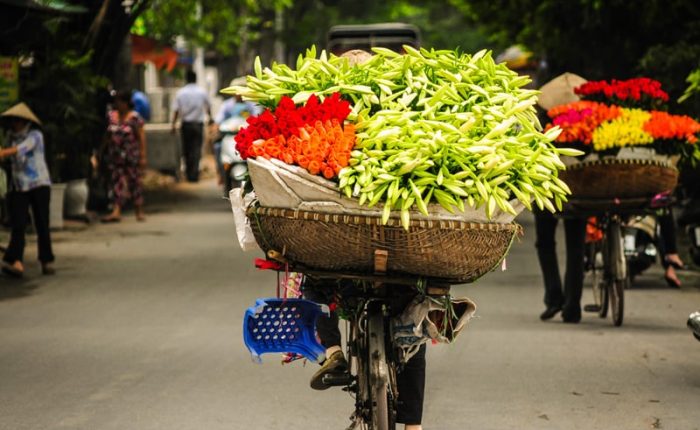 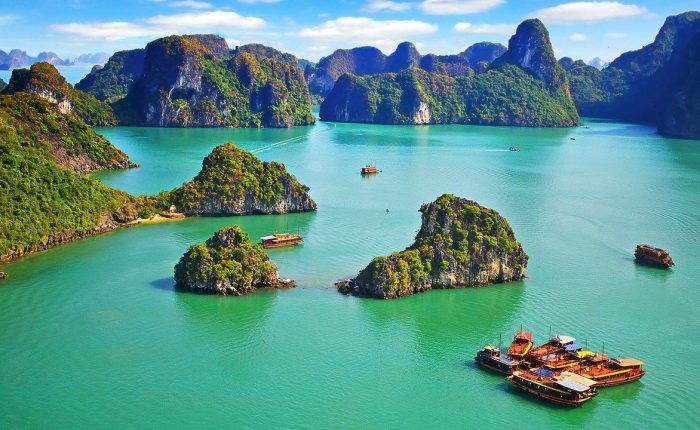 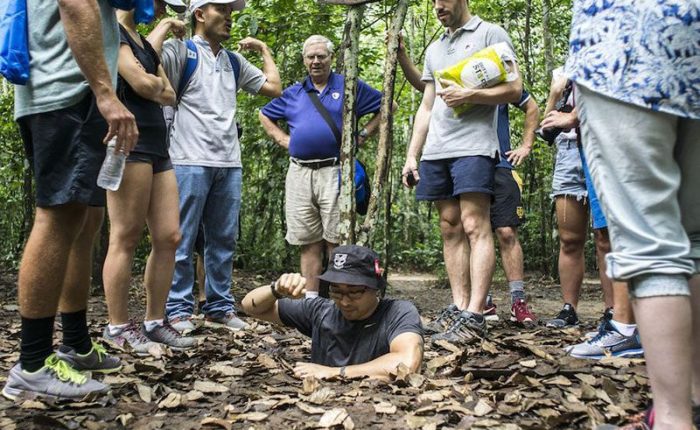 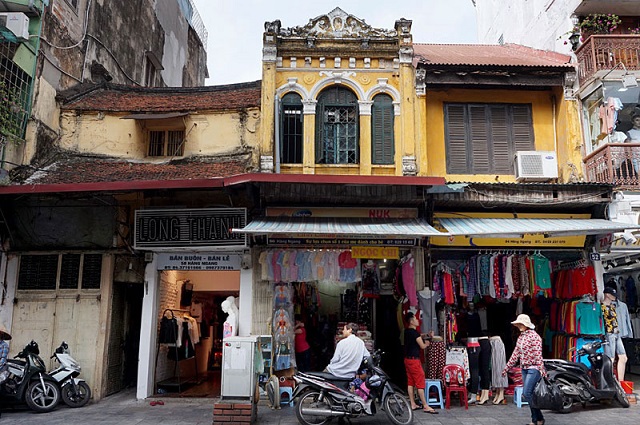 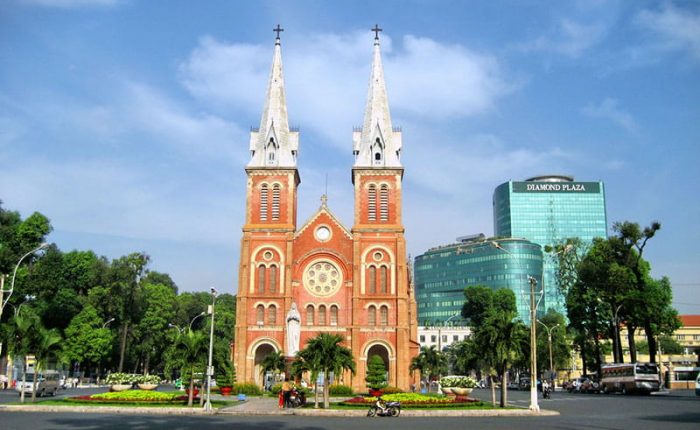 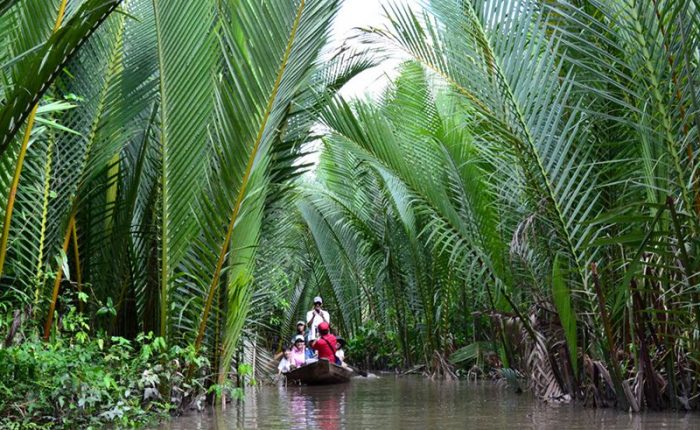 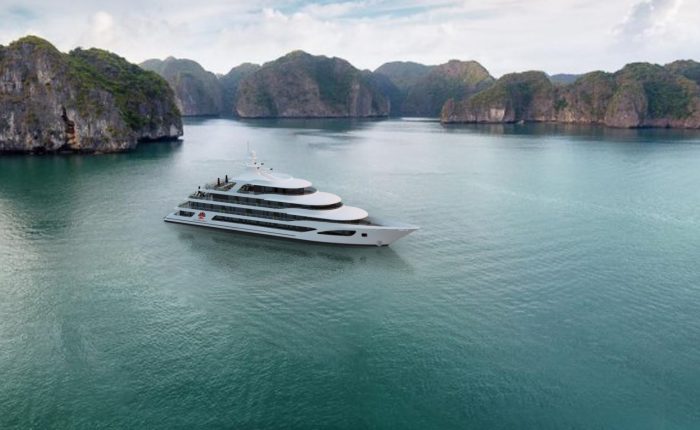 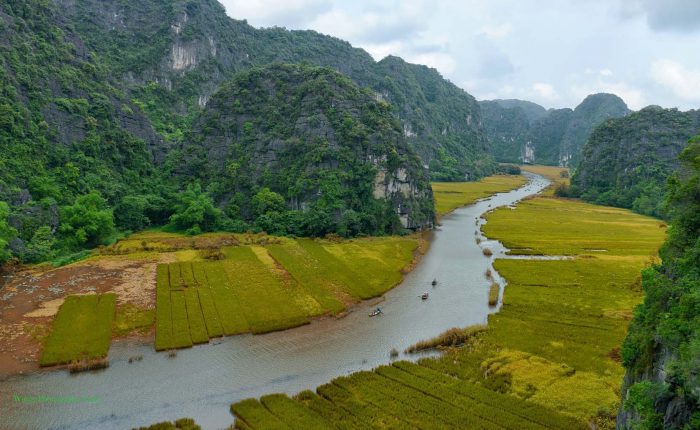